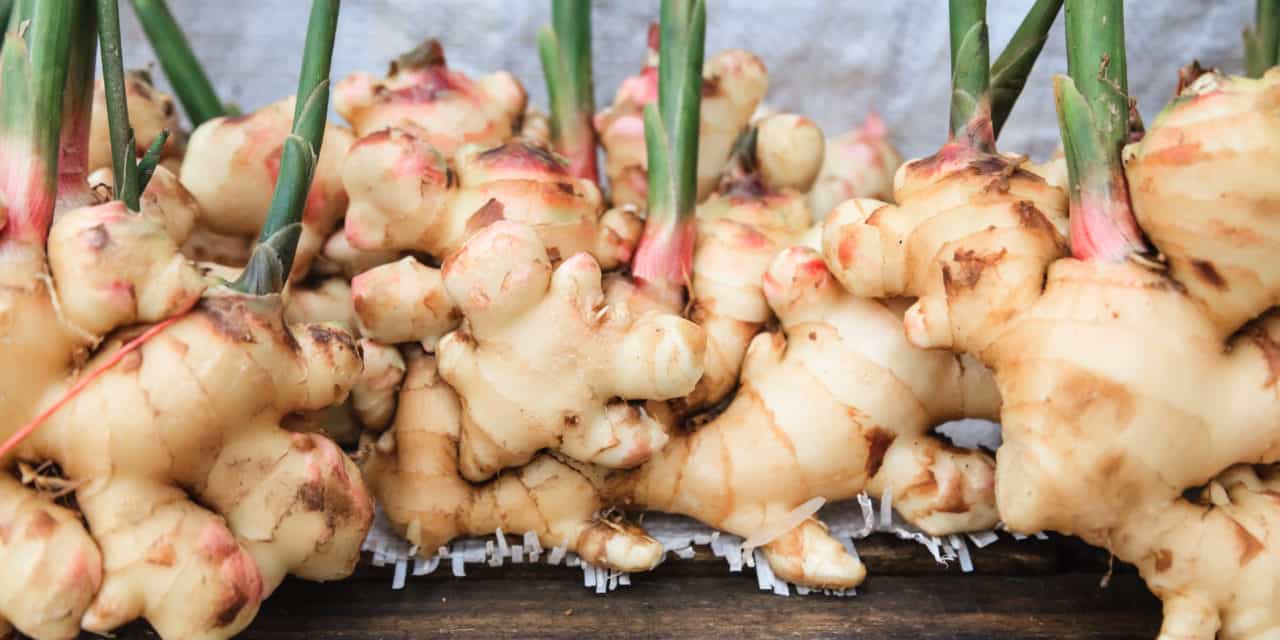 Ginger is believed to be one of the world’s healthiest foods and most delicious spice. It is packed full of powerful nutrients, antioxidants, phytochemicals and bioactive compounds which contribute to making the body healthy.

It is one of the most used dietary condiments in the world, and it is also known to treat a wide range of illnesses. Ginger has active ingredients like Gingerol, Zingerone, Shogaol, and Paradol. It is closely related to turmeric

For centuries, ginger has been used to help relieve women of menstrual pains, cramps and other symptoms and discomfort of menstruation. It can relieve headaches too and it is even more effective than some OTC pain killers. And it does not give negative side effects of any kind. Ginger is also capable of reducing both the duration and severity of menstrual pain.

SEE ALSO: How to Cure Staph Infection Without Antibiotics

These powerful compounds found in ginger can stop the growth of bacteria and microbes and destroy them.

For thousands of years, traditional Chinese medicine has used this powerful herb in boosting the immune system and fighting autoimmune diseases.

Ginger fortifies the immune system, rich in vitamin C and other vital nutrients that strengthen the defense system of the body. It also treats a wide range of sicknesses and helps the body to recover fast when sick.

High levels of cholesterol can lead to many problems in the body. They can block blood vessels, cause hypertension and increase the risk for chronic diseases like heart disease and stroke.

SEE ALSO: 10 Health Benefits of Lemon Grass and Medical Use!

Ginger is effective in supporting a healthy digestive system and preventing digestive problems and disorders like dyspepsia which is a common condition affecting some people. It is characterized by pain, discomfort, heartburn, and fullness. Ginger also speeds up emptying of the stomach and it is more effective than most ulcer drugs.

Ginger has powerful phytonutrients that keep the brain healthy and protect it from neurodegenerative conditions like Alzheimer’s disease, dementia and Parkinson’s disease which is mostly caused by chronic inflammation in the brain and oxidative stress.

The high antioxidant levels of ginger and its anti-inflammatory properties protect the brain and keep it healthy; ginger plays an important role in protecting, nourishing and keeping the brain healthy.

Ginger protects against cognitive decline and brain aging; it even help menopausal women having memory problems to regain their memory and it improves cognitive function and increase attention span in women who are aging.

Stomach ulcers are common conditions that most people suffer from and ginger is one powerful herb that can help one overcome this condition. This condition is characterized by painful sores on the lining of the stomach and signs and symptoms of this disease include heartburn, indigestion, abdominal pain and discomfort, and fatigue.

This herb prevents stomach ulcers from happening in the first place and it even protects against stomach ulcers caused by aspirin. It does this by reducing the levels of inflammatory proteins and by blocking the activity of enzymes that lead to the development of ulcers.

The powerful anti-inflammatory properties of ginger help the body to relieve pains. Ginger can even treat arthritis pain and other pains caused by diseases. It is even used to treat muscle pains and injuries caused by exercises. Can be given to osteoarthritis patients to relieve knee pain and stop over dependence on medications.

Millions of lives have been lost to cancer and yearly new cases of cancer are being diagnosed. Ginger is loaded with anti-cancer compound and its active ingredient 6-gingerol is a powerful caner fighter. It can block the growth and spread of cancer cells; it is effective against all forms of cancer and it has been used to successfully halt the development of prostate, ovarian and pancreatic cancer.

How to Use Ginger

Ginger roots have been used as medicine for thousands of years and even till today. The various forms in which they are being used include the fresh form, the capsule or ground form, and ginger essential oil.

The essential oil is the most potent way to use ginger as a medicine. It can be taken internally, applied topically, used in cooking and used as aromatherapy.

The powder or capsules is ginger in the dried and powdered form; this can be taken internally, added to soups and foods, added to drinks, teas and it can also be taken with water.

Fresh ginger is the common way of taking ginger. It can be pounded and added to meals, you can also make tea with it by boiling grated ginger in water and letting it cool. Then sieve it and add lemon juice. You can also add turmeric. Then your ginger tea is ready.