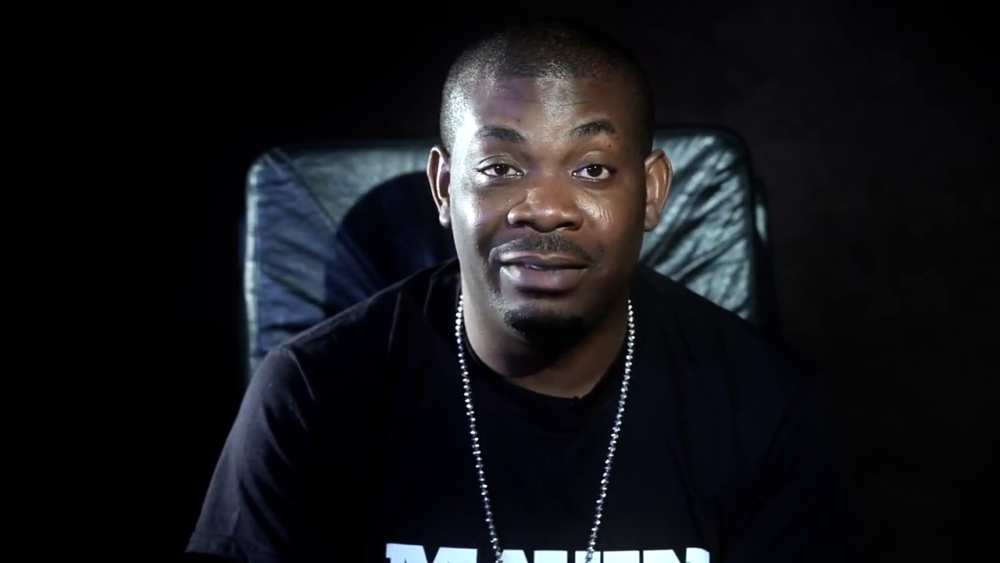 Don jazzy “It’s Don jazzy again”!  Okay, whenever you hear this signature intro you just know some good music is about to pop out right from that speaker that produced the intro. His name is Michael Collins Ajereh, best known as Don Jazzy. He is by far the richest and most successful music producer in Nigeria and even West Africa. Don Jazzy is a Singer, songwriter, producer and performer. The only artist without a single album or track to call his own.

He is always in one collaboration or the other even in songs that has his name as the Singer isn’t void of another artist in collabo. For the most of his career in music, he is either producing or doing background vocals for his clients with his baritone voice.  He has produced albums and singles for many artists in Nigeria and most times he performs on stage with his team. He is arguably the second richest musician in Nigeria.

He was born Michael Collins Ajereh on 26 November, 1982 in his home town Umahia Abia State, Nigeria. He was in raised in Ajegunle, Lagos state alongside his three siblings. Afederal government college Lagos and later proceeded to Ambrose Ali University where he studied Business Administration.

The producer lord started playing drums at a very tender age and later switched to playing the bass guitaand other instruments. He was very good at it, particularly the drums and in 2000 he moved to London on an invitation by his uncle to the play the drums in a church. While in London, he used the one stone giving by his uncle to slay two birds. He started working to augment his meagre resources.

Don Jazzy worked as a security guard in the popular MacDonalds. He met a fellow Nigeria in the yonder land and they both began a partnership in music. In 2004 they both returned to Nigeria to form “Mo’Hits” records, a record label that will later produce one of the most successful albums in the country. An avalanche of albums were produced by him via his label. Wande coal, Dr Sid, Dbanj, his brother D’prince are all beneficiaries of his savvy production skills.

In 2012 Don Jazzy and Dbanj reneged on their initial collaboration and went separate ways. Unlike, most splits in the industry where one of the pair stays afloat and the other sinks, they both excelled after the split up with stellar feats in their records. The only casualty of the break up was the name “Mo’Hits” which became history.

In 2012 the Don proclaimed “Mavins”  or The Mavin dynasty into existence. Since its incipience, it has produced promising award winning stars like Reekado banks, Koredo Bello, Di’ja and Wande coal who later went solo.  The label also signed in the classy diva Tiwa Savage. As a team, they’ve doled out sensational singles like Dorobucci, Adaobi, Arise and with more in the pipeline, this group will certainly be the best in Africa.

The Headies 2011 – Producer of the Year for Over The Moon , Mr Endowed and Pop Something

The Headies 2014 – Producer of the Year for Dorobucci

Don Jazzy Net Worth and Endorsement

He has a signed deal with Electronics company Samsung. Don Jazzy Net worth stands at an estimated $100million. Making him second richest musician in Nigerian history.