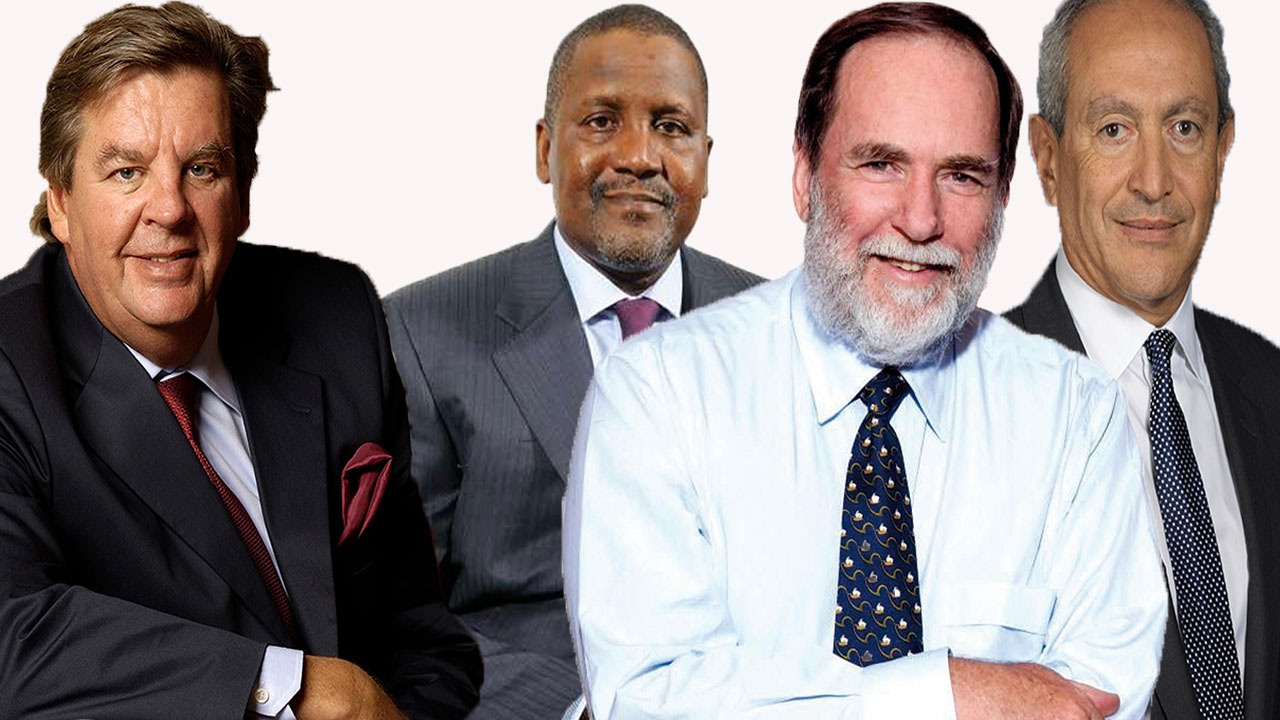 From time to time, the billionaires of Africa are ranked to determine the richest. To identify those that have moved up the ladder and those that have dropped. Here, we shall be examining the top 10 richest people in Africa.

According to Forbes’ latest ranking in April, the following are the top 10 richest men in Africa, from 10 to the number one.

SEE ALSO: Top 20 Richest Musicians In Nigeria And Their Estimated Net Worth

The former politician, now businessman, Mohammed Mansour, is no. 10 on our list of top ten richest people in Africa. The Egyptian, aged 66, is a stake holder in the Mansour Group. Along with his brothers, Yasseen and Youssef, who are also multi-billionaires.

Currently, he has a net worth of assets in the amount of $3.1 billion. Bringing him to the rank of the tenth richest people in Africa.

With assets amassed across Swaziland, Australia and the UK, the Swazi Business tycoon, Nathan Kirsh, is one of the richest people in Africa. The 82 years old, South African born businessman, established a corn mining business in Swaziland in 1958.

He was the Chairman of the Swaziland Electricity board for 21 years. With a Net worth of assets worth $3.1 billion Dollar.

This  South African businessman, aged 73, is one of the billionaires in Africa. Chairman of Shoprite, Pepkor and Tradehold. He holds the largest share of these companies, as an individual. Christoffel Wiese is a very successful businessman.

He is ranked the 69th most successful person in South African history, with assets worth $3.2 billion.

The founder and CEO of Cevital group, is also on the list of the top 10 richest people in Africa. He  does food business, with his company producing-  sugar, margarine and vegetable oil. He also has investments in construction. Issab Rebrab, aged 70, is also the richest man in Algeria.

Issab’s assets are worth $3.2 billion which makes him to rank among the richest and most successful businessmen in Africa.

The daughter of Angolan president, Jose Eduardo Dos Santos, also made it on this list. Isabel Dos Santos is a 41 year old Angolan business woman and investor.

SEE ALSO: How Linda Ikeji Made It To The Top (The Secret To Her Success)

She is  currently Africa’s richest woman. She is worth $3.7 billion in assets. She was named Forbes’  Africa’s first female billionaire.

This man is another renowned business Tycoon in Africa. Born on the 29th of April, 1953, Michael Adeniyi Adenuga is known as one of the richest black men in the world. The Nigerian billionaire is the founder of Globacoms telecommunications. One of the leading mobile network operators in Nigeria.

He is also into oil and gas with his company, Conoil. His net worth is $4.6 billion.

SEE ALSO: Top 10 Richest People of All Time in History

He is the former Chairman of De beers diamond mining company, aged 69. With a net worth of $6.7 billion, Nicky Oppenheimer is ranked among the top ten (10) richest men in Africa. He is the owner of the largest private games reserve in South Africa, known as Tswalu Kalahari Reserve.

The South African luxury goods business man is the Chairman and Chief executive officer (CEO) of Richemont. He is also the chairman of South African based company, Remgro.

With a doctorate degree in Economics from the university of Stellenbocsh, South Africa, he has a net worth of $7.6 billion.

For four consecutive years, Alhaji Aliko Dangote has been holding the title of Africa’s Richest man. The 57 year old Nigerian, from Kano state, is the founder and chief executive officer (CEO) of the Dangote Group.

His multi-billion dollar company, with the headquarters in Lagos Nigeria, specializes in the making of Cement, Sugar, Flour and so on. The company also does manufacturing, import and exports, refining, milling and real estate.

He was first ranked by Forbes as one of the richest people in the world in 2008 with assets worth $3.3 billion. But today,this philanthropist is worth $15 billion in assets. Aside from manufacturing of Cement, Sugar other consumables, he also has investments in the oil industry

How To Start Gold And Jewelry Business In Nigeria

How To Become A Stockbroker In Nigeria