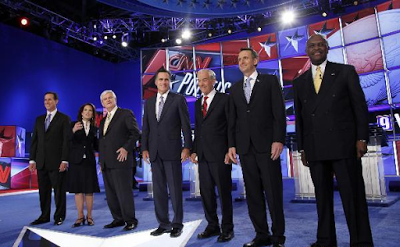 Any serious Blogger knows how to take advantage of a trend, and always look forward to the latest trend. One of the forth coming trend (or already existing trend) in the United States 2012 Presidential Election. How are you going to cash on the “Presidential Trend” to make some cash.

“The 57th quadrennial United States Presidential Election will be held on November 6, 2012, and it will be expected to feature the incumbent, President Barack Obama for the Democrats, against a yet to be decided Republican candidate, and the increasingly obligatory third-party nominee.

The Presidential Election, which would also see the appointment of a Vice President, will commence with nationwide state level primaries and caucuses scheduled to kick-off January 3, 2012, in Iowa and ending on June 5, 2012 in Montana, New Mexico and South Dakota. The five-month process will culminate with the Republican and Democratic Party convention, which will be held on August 27-30 in Tampa and September 3-6 in Charlotte, respectively.

As the mood of the nation continues to falter in the face of a stuttering economy, runaway public debt and the lack of viable solutions from politicians from both sides of the divide, the import of the Presidential Election has taken on an added significance. There is almost an electric feel in the air, and it promises to only get progressively worse as the date approaches (note to self: buy more hair gel). But first, a Republican nominee must be anointed, and we are now right in the midst of the selection process.”

It is at this point that any serious blogger who wants to make good use of the situation should take advantage of the time now. I’m going to create a time table for you and let’s see how you’ll gonna work things up.

Pick up a good Keywords relating to the important parts of the election, the presidential candidate, the election campaign, Run-up to the election day, or one of the candidate. Use the keywords tool to find out existing search engine trend. Register the keyword as a “domain name” preferably on dot com extension. Gather some useful keywords around the parent keywords you’ve registered a domain on. Chose “keywords” around a presidential candidate.
Set up your blog on the domain using Blogger for quick and non expensive set up. I prefer Blogger using my domain name, cos it gives me freedom to concentrate on the interface and content creation, rather than wasting precious time trying to figure some codes and mess around servers.
Grab some really beautiful templates and fit into your blog (free or paid one depends on what meet your demand and liking) and tweak it to fit in. Do all the tweaking of the interface this month and some skeletal blog posting around your keywords to form the Blog’s structure.

Start crazy blog posting and write like never before. Keep your ears and eyes on the news and report every move of your choice candidate (blog in favor or against)  and make no mistake of adding ads at this point in time, just blog and blog and post blogs. Your writing should be original, don’t copy news, remember you’re targeting search engine traffic and you know, search engine is aware of everything you do.
Take new photos and upload them to your blog (remember to name the photos with your keyword) search engine read that too, make videos and upload them to Youtube and then embed to your site. That enrich your blog and draws traffic from YouTube.
If you make original posts and consistently, you’ll be surprised to notice how fast your pages will be indexed on Google with few days of posting (I’ve tried that and ranked No1 and 2 on a very popular keywords) that’s the power of originality.

Start Socializing your blog, open a Facebook fan page and Twitter (follow) account. You’ll be cashing on the Presidential Election Buzz on those social network at that point in time as that may be the discussion of many in the social media. Intensify your blogging too and never still care about promoting.

Sign Up for Adsense account or Chitika account if you haven’t got any, and add your ads now. Be careful how your ads is placed! Do not litter your pages with adverts, you’ll be creating impressions in the mind of your readers. If you’re using Blogger, carefully enable your ads to display after every post (smaller size like 468 x 60)   in text only format. That position and format, attracts more relevant ads and legitimate clicks.

By this time, your blog have gained alot of contents. Therefore, concentrate on making very important posts this time. Start looking for unusual stories complimented by pictures and other rich media. Secret: Only one good unusual article could get your site ‘Viral’ and get it featured on other top medias; and you know what that means!

By now, you should be having your first revenue payment from your ads network. That should be a huge relief and a bit of encouragement after all, your effort is beginning to pay off 😉 Get your Blog’s Facebook fan page more engaging, do $50 two days Facebook ads to increase your fans count.

Add your Facebook social plugin if you haven’t done so. After all, you now have many fans to display which makes your site more attractive.

At this point, be 100% picky about the choices of post you make, let your article at this time be very unique and less frequent. You aren’t running a news website, just opinion blog. Traffic will be zooming now and revenue increasing. More revenue!

Increase your blogging tempo! Go out with the campaign train, get more off the line gist, get more unsuspecting picture. Who know which one will get you a bang. This is the frenzy time, the last minutes of the game. This times, maybe Huge revenue!

Whatever thing that happens now, you must have achieve something significant. Consolidate your effort and take advantage as much as you can.
In the United States, there are two major political parties as we all know, the Democratic Party and the Republican Party. There are also several minor parties, usually called third parties, none of which has won a presidential election since 1848 (Lincoln’sNational Union Party, which won in 1864, was a short-lived coalition of Republicans and Northern Democrats rather than an independent party), although in 1912 former President Theodore Roosevelt, as candidate of the Progressive Party came in second by a wide margin. Most media and public focus is on the two major parties.
As the BIG Medias focuses on the majors, you may choose to focus on the minors. After all, they to have their own followers. Blogging is fun – And that is what it’s going to be. Take away any excessive anxiety and blog it with fun.