How To Gain Admission Into Nigerian Universities 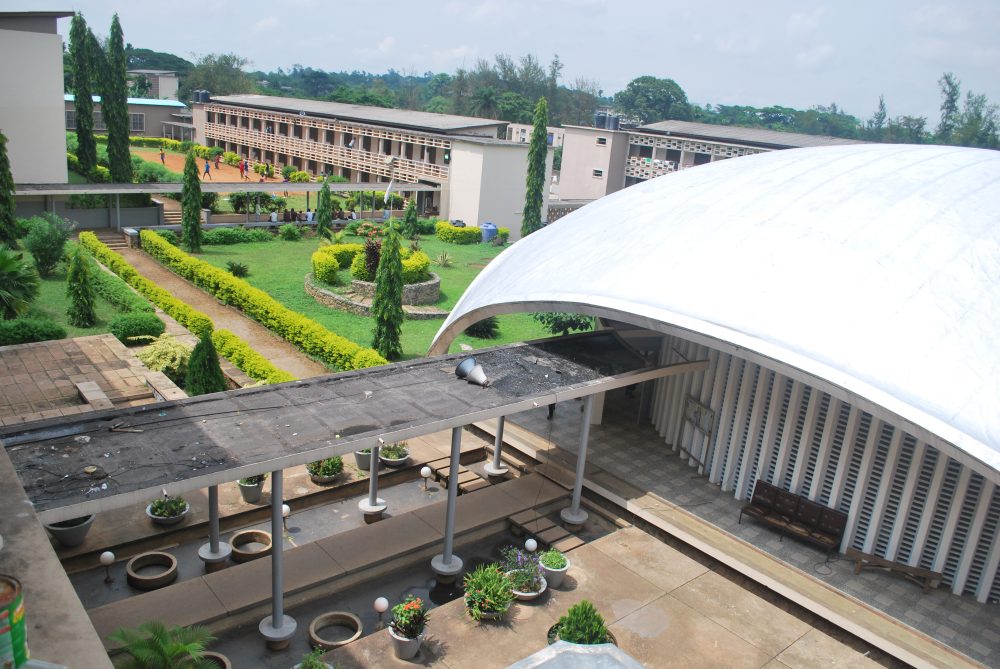 For most students in Nigeria, getting admission into the university is posing itself as the biggest hurdle they’ve ever encountered and the most insurmountable task they ever have to deal with. This is no doubt, a a sheer plausible reason for depression and reduction of self value. Comparatively, Nigerian students go through what could be described as a mini hell to get an admission into it’s ivory towers. The rigid and stringent process they are made to go through is burdensome and tiring.

The educational system is not to be blamed though, Nigeria is the most populated country in Africa and the 8th most populated country in the world. This figure is rather overwhelming for the educational sector and if the methods of securing admission are been made less tougher than they are, then there sure will be no classrooms to contain the teeming populace of the students. Hence the rat race for admission.

SEE ALSO: How To Get Scholarship To Study Abroad From Nigeria

Even the Bible confirmed that people suffer due to their level of ignorance. I couldn’t agree more with the holy book. One ignorance can cost you ten years of embittered rigor. The suffering is directly proportional to a waste of valuable time before help in the form of knowledge arrives. Many young school certificate holders are in total oblivion of the nitty gritty about getting in to the university. This is why they struggle in years of misery, writing JAMB and POST UTME over and over again.

How to Gain Admission into Nigerian Universities Stress Free

Information and secrets rule the world. They are the utmost bridges that lies in between the rich and the poor, the failures and the high fliers, the living and the dead.

One revelation could end your blue years and usher you into perfect bliss. Okay, let me believe that’s as much as I can explore on the intro and quickly take the main business lane.

How to gain that admission without stress, without becoming JAMB customer of the season. And without becoming a tourist because you’ve literally toured half of the universities in Nigeria in search of a place in the list of admitted students.  The steps explained below will help you do just that.

This cannot be over flogged. Read, read and read. There’s no better way to sugarcoat this. There’s not one back door or short route to succeeding in the academic world without concentrating your God given lenses on that piece of boring material for as long as you can pull through. If a student fail to read, who will? Your first failure at Jamb and Post UTME could be attributed to naivety and probably a poor school certificate background.

Most of us learnt how to read up 5 hours non stop while in the university. I’ll tell you what, try this for that next JAMB and Post UTME and let’s see how it goes.

You might not like this, but truths always have a reputation for being not so tasty. Your WAEC was done with host of alibis and illegal assistance and when the truck of JAMB hits you, you become like an orphan left in the highway, middle of nowhere. The reason why kids learn how to walk faster with those tender cartilages is because they were left to be on there own. Then the survival instincts naturally sets in.  Over dependency is a limiting factor to anywhere you want to be.

Tow your own part, derail from the largely followed part. Write that exam yourself, if you fail congratulations, that’s the most beautiful thing. You’re building your dependency level. Write same exam again, but before you do, this time get a plain white sheet, it’ll serve as your drawing board. Get the question paper and scrutinize it, look at the areas where you flopped and note them. This could take hours, let it take. You’ll uncover lots of inconspicuous  errors.

SEE ALSO: How To Get Canadian Scholarships For Nigerian Students

Your job now is to start mending. Change is needed at this point. You read for 2hours before, make it 3. You overlooked things you felt they were way too cheap, concentrate on them. If you can’t spot your errors and where you missed it, you just can’t succeed. The first step to solving a big problem is by identifying the root cause of it. This damage-control-streamline technique works like magic.

While studying your past questions, you noticed there are some questions that looked totally vague and alien to you. What this means is that you’ve been shortchanged, you didn’t get the full package of what you paid for. You were quite unfortunate to find yourself in a secondary school that has no hopes of becoming “School of the year” come 40years later.

You weren’t taught well enough by your teachers. They skipped some details probably to beat the Calender or they didn’t even have the intellectual resource to deliver it to you. If you notice, this don’t be flippant about it, it demands a cause to worry. Get a private tutor, Jamb lessons are mere jamborees. Save the party for some other time and invest in a one on one tutorial. Learn everything you didn’t get to learn back in secondary school and augment it with the one you know already.

Many have suffered just because of this, they keep wondering where they got it all wrong. They stare at the question paper like the words were written in Chinese mandarin. The early consciousness of this can save you a lot of hassles.

4. Be Reasonable in your Choice of School or Course

When you’ve done everything you need to do, sealed up all loosed ends and things still look like that JAMB agent will be expecting you anytime soon. Then you might want to change that institution or course of study. Most people have betrothed their school life to a particular university and course.

Fine, perseverance is key to success, but look  beyond the physical. It could be that you’re not just meant to be in that school or that course isn’t what you’re made to do. There are plethora of cases where that moment you decided to check out “university of power”  you got the admission right away after trying to get into “university of muscle”  for 5 years. It’s not always a coincidence, there’s a reason for that. Same goes to your intended course of study.

Stop, be still and listen to the silent whispers from nature telling you to try it out somewhere else and see how sweet dreams are.

5. Understand How The System Works

In Nigeria, admission is being offered to applicants based on three criteria, which is the merit, catchment area and educationally less developed states. It’s pretty simple, the highest scorers are admitted based on merit which is the first admission list. The catchment areas are states that fall into the particular geographical zone where the university is located.

It therefore denotes that there is a biased admission pattern which entails giving admission to persons from that geographical zones first before other zones. It’s important to know this. If you are from the south, your chances of getting admission in schools within the region are greater than those outside the region like the west or east. So apply where you’ll be favored with son of the soil rights.

In Nigeria, some states are more advanced than the others academically and so the less developed states are favored on the grounds of their underdeveloped status. If you belong to these states you can apply into federal universities as they are the ones noted for obeying that admission order, can’t vouch for state universities. If you are aware of these things you won’t toil that hard to earn yourself a place inside those four walls. You can make use of Google to check the catchment areas and the less educationally developed states.

These programs boycotts the annoying JAMB and the pain in the ass Post Ume’s. They are called preliminary, predegree, basic or diploma programs. You run them for a year and Viola! You’re in. In the case of Diploma, the program spans for about a period of two years and then you’re handed a certificate with which you can skip not just JAMB and Post Ume but also the 100level in university into 200level. Same with the A level I JMB program but this one is quite tougher than it should be and it’s worth it in the end.

There are some other factors you might like to take into consideration like involving the big man upstairs into your predicament. This works faster than usual but is strongly based of individual convictions. Wish you all the best.