10 Successful Entrepreneurs Who Failed At First 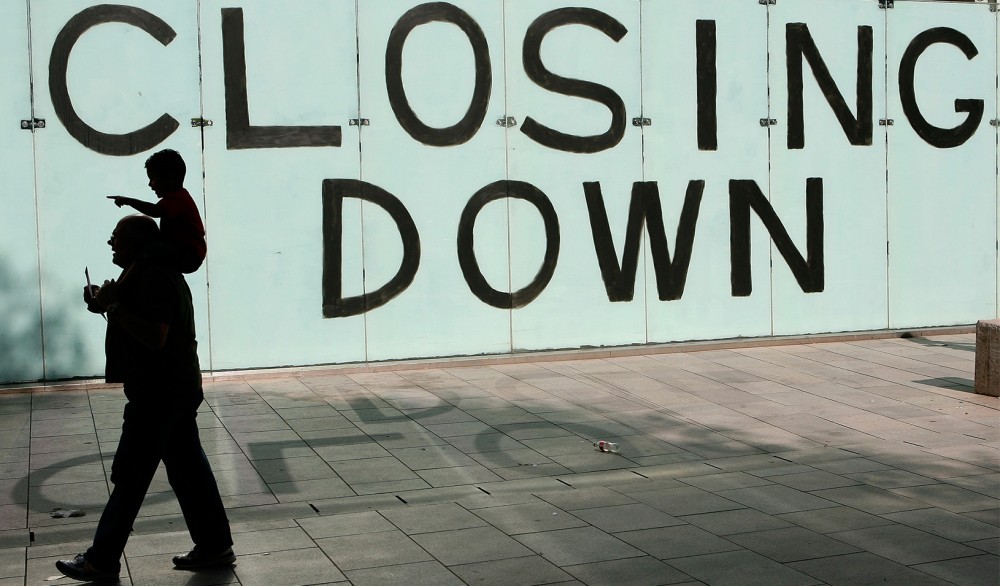 Henry Ford was an American Industrialist, a machinist and manufacturer and founder of the Ford Motor Company. Before achieving success, he failed twice when he joined with investors to establish a company that would manufacture automobiles. His Detroit Automobile Company and Henry Ford Corporation folded up only after a year of existence because the automobiles they were producing were of a lower quality and higher price than he wanted.

He tried race cars but realized the average man did not want race car, but something more reliable. It was his desire to make something more reliable that led to the Ford Motor company that succeeded and sold its first car for about 800 USD on July 15, 1903. He became one of the richest men in the world in his days and even today.

However before starting Microsoft, he started a business called Traf-O-Data that failed. At the time when he dropped out of school and when he failed in his first business venture, many would have considered him a big failure but today, he is worth over 72 billion USD and making more daily. Because he chose not to give up, no one remembers his failures as much as his successes.

Failure in life is inevitable. Failure in business is even more certain. Everyone who has dared to make a difference in business has had a share of failures. Everyone who has started and built a business must surely have a story to share on failure. If you have never failed, you have never really tried enough. Some of the highly successful businesses of the world today have come very close to folding up. They only gathered momentum ones more and dared again.

The first important step in dealing with business failures is to see them correctly. Many business owners are so optimistic to succeed that they don’t think they can be met with failure and so when it comes, they are unable to recover. See my post on “How To Handle Business Failure”.

To recover from business failures, you need to first and most importantly have the right mindset towards failure. In this piece I have put together some words on failure, by some of the greatest entrepreneurs of our time. I am sure after going through them you will have a renewed mentality towards failure and be ready to brace yourself up and move on. Remember that failure is not the worst thing that can happen to a person; never trying anything is worse than trying and failing.

“I failed in some subjects in exam; but my friend passed in all. Now he is an Engineer in Microsoft and I am the owner” – Bill Gates

“Failure is just a resting place. It is simply the opportunity to begin again, this time more intelligently” – Henry Ford

Late Steve Jobs was an American entrepreneur, marketer and inventor, co-founder, chairman and CEO of Apple. Steve Jobs like every other successful entrepreneur was not immune to failure. In 1985 he left Apple after a power struggle with the board of directors but returned in 1998 and brought Apple from near bankruptcy to profitability. This may make him look like a superman but he too had business failures.

A notable one was with products like The Apple Lisa, The Apple III, The Powermac g4 cube which all failed. Also, when he tried to sell Pixar by the late 1980’s in order to break even on his investment, for 4-5 years he had no bidder. He shopped it to Bill Gates, Lary Ellison and many other companies but didn’t succeed. At last, he succeeded to sell it to Disney in 2006 for 7.4 billion USD. I am certain that today, no one at Apple remembers his failures.

“If I try my best and fail, well I have tried my best” – Steve Jobs

Sir Richard Branson is a British business magnate and investor. He is the founder of the Virgin Group that currently owns more than 400 companies including Virgin Records, Virgin Airways, Virgin Mobile, etc. If there is one man who better understands business failure, it is Sir Branson.

Sir Branson has failed in several business projects since he started the Virgin Group.  Some of them include: Virgin Cola, Virgin Student, Virgin Brides, Virgin Clothing, Virgin Cars, Virgin Megastore, Virgin Flowers, Virgin Pulse & Virgin Digital and more. Some lasted a few years while others failed just immediately they started. But inspired by the lesson his mother taught him never to focus on past regrets, he refused to stop and today Forbe’s magazine ranks him as the 6th richest citizen of the United Kingdom with a net worth is more than 4.6 billion USD.

“You don’t learn to walk by following rules. You learn by doing, and by falling over” – Richard Branson

Dave Ramsey is a financial guru, an American author, a radio and TV host and a motivational speaker. He speaks a lot on personal money management and his shows and writings focus on encouraging people to get out of debt. Though today he teaches so many people world over about money, he was not always money savvy. He once lost it all. At 25 he borrowed and acquired more than 4 million USD worth of property. However he got into so much debt and had to sell all his assets to pay.

At that point, be started from scratch, learning from his mistakes and vowing never to be a slave to a lender. He got back his finances together and began sharing his knowledge. Today his voice is heard on more than 500 radio stations across the U.S. and Canada. He has an estimated net worth of 55 million USD.

“It’s never too late to turn things around. You are the only obstacle” – Dave Ramsey

Mark Cuban is an American business man and investor with net worth of over 2.5 Billion dollars. He owns NBA’s Dallas Mavericks, Landmark Theatres and Magnolia Pictures. Before getting into business, he had failed in different jobs including a Carpenter, Cook, Bartender and Salesperson for a software company (Your Business Software), where he was fired in less than a year.

He then decided to start his own software company (Audionet which was later called Broadcast.com). He got his breakthrough when he sold it to Yahoo for 5.7 Billion dollars. From then, he moved on to better things. He is an entrepreneur with diverse interests and has succeeded in a wide range of businesses and industries.

“I have learned that it doesn’t matter how many times you failed. You only have to be right once” – Mark Cuban

Sir Donald John Trump is an American business magnate, investor, television personality and author. He is the chairman and president of The Trump Organization and the founder of Trump Entertainment Resorts. Trump had one of his worst failure experiences in 1988 when he decided to go into Airline business. He wanted to give his airlines a touch of uniqueness, what he called – the Trump Touch. So he spent a lot to add certain fixtures to them.

Unfortunately his customers who favoured the airline for its convenience and not its fancy new look, lost interest. This plunged him into much debt and forced him to default on his loans, and the ownership of the company was turned over to creditors. Donald Trump has failed many times, but remains successful.

“Sometimes by losing a battle, you will find a new way to win the war”  – Donald Trump

“Sheer persistence is the difference between success and failure” – Donald Trump

Walter Elias Disney was an American business magnate, cartoonist, filmmaker, philanthropist, and voice actor of the early 20th century. He built an entertainment empire whose power and influence is still prominent today. But he too had failed before. He was fired by a newspaper editor because for lack of imagination. As an entrepreneur, Walt had many failures. A major one was when he formed his first animation company in Kansas City in 1921.

He made a deal with a distribution company in New York, in which he would ship them his cartoons and get paid six months down the road. It failed and he was forced to dissolve his company. Also, When Walt first tried to get MGM studios to distribute Mickey Mouse in 1927, he was told that the idea would never work because a giant mouse on the screen would terrify women. He went on in what he believed and became very successful.

“The difference in winning and losing is most often not quitting.” “All our dreams can come true, if we have the courage to pursue them” – Walt Disney

“Get a good idea and stay with it. Dog it, and work at it until it’s done and done right” – Walt Disney

Oprah Winfrey is an entertainment guru and one of the richest black women in the world. She was terminated from her post as co-anchor for the 6 o’clock week day news on Baltimore’s WJZ-TV after the show received low ratings. She was demoted to morning TV, where she found her voice and met fellow newbie Gayle King, who became her producer and editor of O, The Oprah Magazine. Seven years later she moved to Chicago, where her self-titled talk show went on to dominate daytime TV for 25 years. She now heads her own channel, OWN but had to overcome failure, poverty, sexual abuse, etc. in order to be what she is today. Today her net is worth about 2.9 Billion dollars.

“Be the one thing you think you cannot do. Fail at it. Try again. Do better the second time. The only people who never tumble are those who never mount the high wire. This is your moment, own it” – Oprah Winfrey

“I don’t believe in failure. It’s not failure if you enjoyed the process”  – Oprah Winfrey

Joanne Rowling is a British novelist and author of the Harry Porter fantasy series. She wrote her first book, Harry Potter and the Philosopher’s Stone when she was a single mother. She was rejected by 12 publishers but she persisted on what she was doing until the Harry Porter series grew, ultimately breaking records. She is now internationally renowned for her seven-book Harry Porter series and became the first billionaire author in 2004.

“It is impossible to live without failing at something, unless you live so cautiously that you might as well not have lived at all — in which case, you fail by default” – J.K. Rowling

“Failure is so important. We speak about success all the time. It is the ability to resist failure or use failure that often leads to greater success. I’ve met people who don’t want to try for fear of failing.” – J.K. Rowling

Be inspired to see success behind experiences of failure, as you dare to make a difference in the world. Leave your comment below.