How Mike Adenuga Started His Business 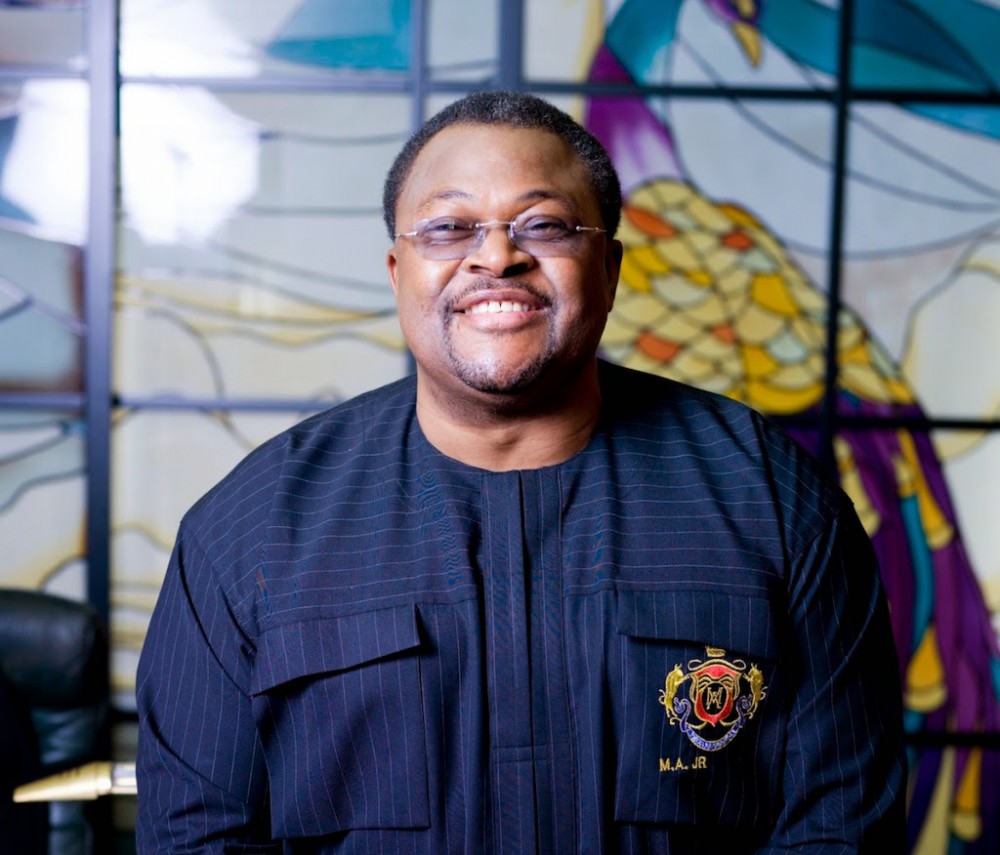 Mike Adenuga junior was born April 29, 1953 in Ibadan, Nigeria, his full names are Micheal Adeniyi Agbolade Ishola Adenuga he is a Nigerian business tycoon. He is regarded as one of  the richest  black people in the world. Oloye Adenuga, a school teacher, is the father of Mike. His mother, Juliana Oyindamola Adenuga (Nee Onashile of Okesopin, Ijebu Igbo) is a business woman of royal Ijebu descent.

He is a man with humble beginning, he had his secondary school education at the Ibadan grammar school Oyo State. He worked as a taxi driver and security guard to support his education while studying at the university. He graduated from Northwestern Alva Oklahoma State university and pace university New York, with a degree in business administration. Adenuga means different things to different people; he is a husband, father, team leader, role model, an entrepreneur.

He has built a fortune in mobile telecom and oil production. He launched Globacom mobile phone network in 2006, which has reached about 30 million subscribers, and advancing its operation in West Africa, i.e the Republic of Benin, and recently, he acquired licenses to start business in Ghana and Ivory Coast.

SEE ALSO: How Aliko Dangote Made His Fortune

He made his first fortune at age 26 in the 1970s when he returned to Nigeria after studying in the US. He took over his mother’s sawmill business  and  distributed lace and other materials, he also sold Coca Cola. He made some powerful friends in the Nigerian military and relied  on those relationships to corner  lucrative state construction contracts.  Nigeria’s former military president, Ibrahim Babangida, awarded him an oil prospecting license. He used that to build Conoil and became the first Nigerian to strike oil in commercial quantities.

In 1990, he received a drilling license and in 1991, his consolidated oil struck in the shallow waters of South Western Ondo State, the first indigenous oil company to do so in commercial quantity. He was issued a conditional GSM license in 1999, after it was revoked he received the second one when the government held another auction in 2003. His Telecom company Globacom spread quickly and started challenging the giant MTN Group.

It launched services in the Republic of Benin in 2008 and has continued its spread across Ghana and Cote D’Ivoire, with more licenses currently being prospected in other West African countries . He was named African Entrepreneur of the year at the maiden African Telecoms Awards(ATA) on august 15, 2007.

Being one of the world’s wealthiest men, Dr Mike Adenuga controls the continent’s largest business empires which comprises of  oil and gas, telecoms, aviation, banking, and real estates.

Conoil  is one of the formidable names in Nigeria’s downstream petroleum industry. The company is engaged in the marketing of refined petroleum products and also in the manufacturing and marketing of high quality lubricants and chemicals for domestic and industrial use. The company is reputed for its unwavering commitment to excellent products and service delivery for maximal customers’ satisfaction.

Conoil have over the years gained a unique understanding of research and quality control, which they continuously apply in all their businesses in order to offer the best propositions to customers. Conoil has also developed innovative means of manufacturing and distributing its products through its wide network of outlets.

The company invests its financial and technical resources in the development of high- performance products and in the provision of services that match or even surpass international standards, paying strict attention to the finest details of health, safety and environmental best practices.

Globacom LTD built  an $800 million high capacity fibre-optic cable known as Glo-1, a submarine cable from United Kingdom to Nigeria, it is the first successful submarine cable. Glo is the first individual African company  to embark on such a project. Glo-1 has the potential to provide high speed internet services, faster, more reliable and cheaper telecom services for the public. It will potentially facilitate foreign investment and employment jobs opportunities especially to Africans.

Glo was the first telecom to introduce per second billings, it also pioneered products like Blackberry, vehicle tracking, mobile internet and  mobile banking services in Nigeria.

Mike Adenuga, the Nigeria’s second richest man is a sport lover, he donated $250,000 to national soccer team, he gave this in order to boost super eagle’s morale ahead of their clash against France during the Brazil 2014 world cup.The management and board of English soccer club Manchester united honored him for his financial contribution and support towards the development of sports- soccer in particular.

In the Republic of Benin, Glo sponsors the FITHEB and CAF african player of the year award. In Ghana, Glo sponsors  Ghana premiership league, the Ghana National Football Teams.

SEE ALSO: Linda Ikeji, All You Need To Know About The Entrepreneur

In November 2009, Glo became an official sponsor of  Manchester united football club. The sponsorship also includes young players from from Benin, Ghana and Nigeria going to Manchester to train with the club.

Equitorial Trust Bank (ETB) is a commercial bank in Nigeria, licensed by Central Bank of Nigeria. ETB is a large financial service provider in Nigeria, the bank was established in 1990, as a limited liability company. In Feb the same year, it was granted a commercial banking license and in march 1990, it commenced operations. As of January 2011, the bank maintained about one hundred retail branches in various urban centers in the country. In 2006, ETB successfully merged with the former Devcom bank.

Doing business in the banking sector is one of Dr Adenuga successes, although in 2009, ETB was found under capitalized. and un-satisfactorily managed Bank. ETB was added to a list of nine Nigerian commercial banks that required the injection of new capital by the asset management company of Nigeria (AMCON), a federal government agency.

ETB was taken over by sterling in a deal that was sealed on 11 august 2011.Prior to 2009, the shares of stock of  the bank were privately owned, due to the intervention of the CBN and AMCON in 2009, a significant percentage of shareholding in ETB is owned by the Federal Government of Nigeria.

Adenuga also has a multi-billion dollar investment in real estate, these companies provide direct employment to thousands of workers and millions of others indirectly. Entrepreneurs can learn so many things from Dr Mike Adenuga, and few of them are Endurance, success does not so cheap, he has the ability to endure unpleasant situations, he also learned to diversify into different businesses, he made the second richest man in Nigeria because he has different business empires which he runs successfully.

As an entrepreneur you have to be bold.To be a successful entrepreneur, you need to take risks, you can’t invest in any business without taking a risk. Also, flexibility is the key to success, be flexible in your business, learn to have partners outside your family members, Mike Adenuga is flexible in his business because he has overseas partners.